Angel Wants to Thank You

Angel Wants to Thank You 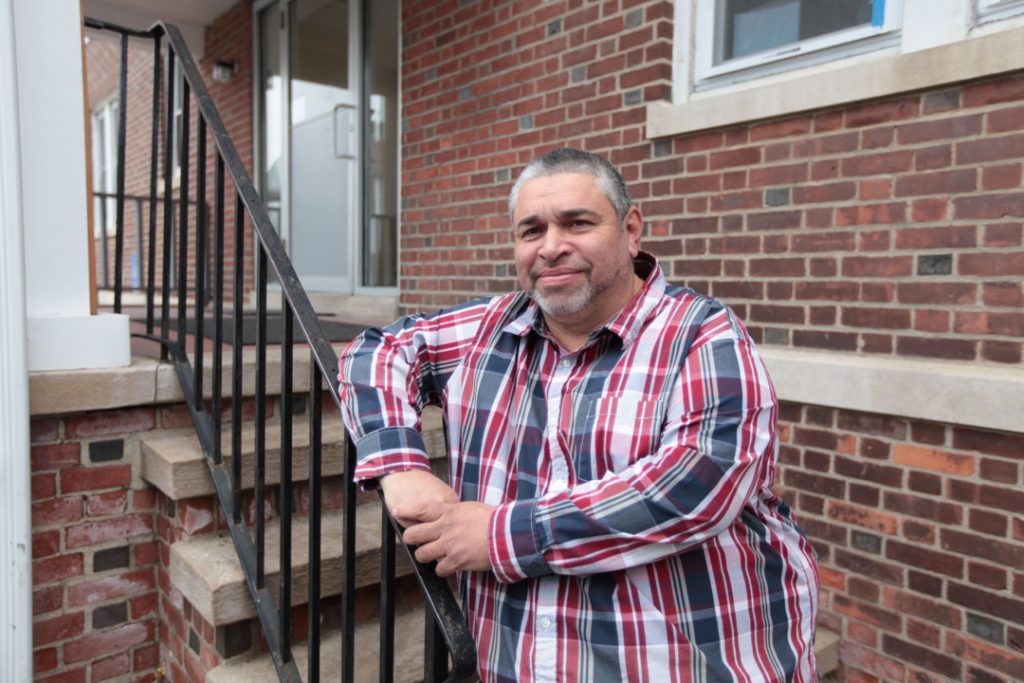 “I didn’t want nobody telling me nothing about God.”

Angel blamed God for his little boy’s death. The baby was only 15 days old when he passed away, shattering Angel’s dream of raising a son. After that tragic loss, “I didn’t want nobody telling me nothing about God,” he says.

Longing to leave his grief behind, he came to Bridgeport to build a new life. But his sorrow only followed. He began drinking to numb his pain… drug use came next… and soon, “I lost everything,” he says, referring to his home, his job as a mechanic and the respect of his loved ones.

Homeless for nearly three years, “I did things I never thought I’d do,” Angel shares, describing the hunger that drove him to eat from the streets or garbage cans. Although he had gone to church as a child, he had never solidified his relationship with God. Finally, he reached out to God in desperation. “I was tired of the drugs… of sleeping on the streets… of feeling like nobody loved me,” he shares. “So I raised my eyes to heaven and prayed, ‘God, I know I’ve talked bad about you, but if you’re real, I need help.’”

The next day his prayer was answered. Through a friend’s direction, he found his way to Bridgeport Rescue Mission. He joined our faith-based New Life Program, which at first, he says, was “too much God.” Angel’s only plan was to stop using drugs. But God had an even greater plan in store. “I accepted Jesus into my life, and after that, everything changed,” Angel says.

Last year, Angel graduated from our program with his family by his side. He moved into transitional housing and has opened his own garage. Most important, he is healing and has hope – through God’s promise that one day he will be reunited with his son.

Because of your generosity, Angel’s heart is filled with thanksgiving… and God’s love! “I want to say thank you every time I wake up… when I go to sleep… when I’m walking in the street… when I’m working on my car. I say thanks to God and everyone who put me at Bridgeport Rescue Mission.”